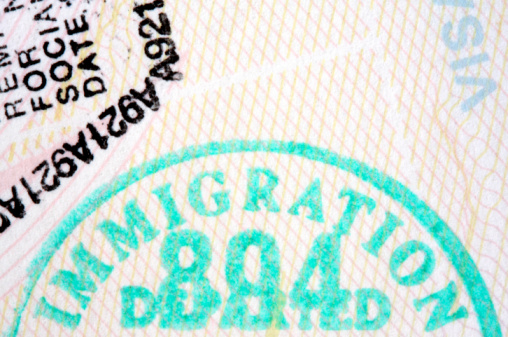 A new study by the Bank of Montreal reveals that the average immigrant to Canada arrives with approximately $47,000 in total savings, but spends as much as half of that amount in order to resettle in their new homeland.

According to the study, after paying for all the costs of relocating to Canada, the average new immigrant is left with about $20,000 in total savings.

Additionally, the same study found that about one out of every five new Canadian immigrants arrives with no savings at all.

The study marks the first of several similar studies by the Bank of Montreal that will be examining an array of financial challenges faced by new immigrants to Canada.

The initial study found that, for those immigrants who do have money remaining after they resettle in Canada, the largest uses for those funds are investments in their future: saving for retirement (53 percent of immigrants ) and paying for their children’s education (49 percent), as well as purchasing either a house or a car (44 percent) were the main uses of immigrant savings.

In addition, according to the study about two-thirds of new immigrants to Canada send some of their funds back to families in their native homelands; the average amount sent back to immigrant families was about $2.300.

The president of the Bank of Montreal’s ‘InvestorLine, Julie Barker-Merz, said the results of the study seemed to reflect very well on Canada as a destination for immigrants from around the world.

Barker-Merz said compared to the other ‘G8’ countries—those industrialized nations with the world’s largest economies—Canada has the highest proportion of foreign-born residents. She added that the high percentage of foreign-born Canadian residents was “not a coincidence”, in that Canada offered one of the best places for immigrants to raise their families due to “the opportunities available to newcomers.”

According to the study, the location within Canada selected by immigrants also reflected the difference in net savings that they bring with them when resettling.

The study found that immigrants who chose to relocate to British Columbia (BC) had the highest level of savings ($86,270); by comparison, new immigrants who relocated to BC’s neighboring province Alberta had the lowest level of savings upon arrival ($28,784). This is not entirely surprising, as in recent years many immigrants to BC have been wealthy citizens from both Hong Kong and Mainland China, while Alberta has attracted a large number of skilled and unskilled labor to service its booming energy sector.

According to the study, new immigrants to Quebec were left with the lowest amount of savings after resettling, only an average of $7,388, after initially arriving in the province with an average of $36,527 in savings.

The survey was conducted in February, and was based on an online sampling of 507 immigrants who had arrived in Canada within the last decade.