Citizenship and Immigration Canada (CIC) is the department in the Canadian government which is tasked with providing immigration services to the country.

CIC’s service centres which operate all over the world provides services such as student and work permits, temporary and Permanent Resident visas and citizenship applications.

Citizenship and Immigration Canada is also largely responsible for the immigration policy of the country and its subsequent enforcement.

In the past few years Minister Kenney has been cracking down on immigration fraud on all classes of immigration within Canada with great success. 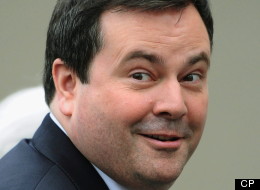 Not only has he saved the government large amounts of money, but he has managed to make many of the immigration benefits available in Canada more valuable by dint of their high standards and qualifications.

Canada, as a country is very supportive of immigration, especially because of certain language written into the government’s documents that protects the people’s right to multiculturalism.

Immigration is recognized as a necessary and important force in the Canadian economy. In fact, the economy has been dependent upon immigration since its early colonization! A vast majority of the people in Canada are descended from immigrants or are immigrants themselves. Without people coming into Canada there would be no way to fill all of the jobs available throughout the country, particularly in the western part where the population is less dense.

Multiculturalism itself was written into the constitution of Canada as a way to respect all of the peoples and cultures and ethnicities within the country. A very clear example of the implementation of multiculturalism can be found in the official languages. When a language is declared to be official it enjoys a certain level of privilege.

Government documents must be available in all of the official languages and it is required that immigrants be able to speak at least one of them. French and English are the most commonly used official languages, but there are many aboriginal languages that also have official status. There has even been discussion about making Tagalog an official language of Canada since it is so widely spoken in some areas.

Canada also takes on large amounts of refugees into its border every year and the regulation of these people is also part of CIC’s responsibility. The refugee and asylum visa is one of the most taken-advantage-of immigration benefits in the country and Minister Kenney has been very serious about ensuring that people who really do need that kind of relief can get it, and fraudsters are not allowed.

The granting and celebration of citizenship is probably the most fun of any of the immigration services provided by Citizenship and Immigration Canada. Many people choose to become citizens during citizenship week in October. After three years of Permanent Residency immigrants can apply for citizenship and enjoy the full benefits of living in the Dominion of Canada!