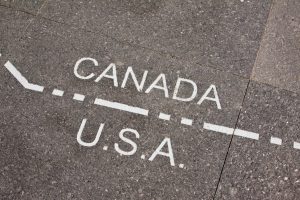 When a similar move affected Haitian nationals living under that same status in 2017, thousands of Haitians crossed the border from the United States into Canada, seeking asylum. Despite that, Canadian authorities do not expect a similar influx at the border. Part of the reason is because the government is taking preventive steps to inform Salvadoran nationals in the United States about the Canadian asylum and immigration systems.

Pablo Rodriguez, a Spanish-speaking MP, will be going to the United States and the government is also launching an information campaign in Spanish to inform Salvadorans about the requirements for asylum and refugee status in Canada. The education efforts will emphasize that those who do not meet the requirements should not cross the border into Canada. Canada also plans an online campaign to spread the same message to Salvadoran communities in the United States.

Angela Ventura of the El Salvador Association of Windsor has told media she has been getting inquiries from Salvadoran nationals in the United States. She notes many want to come into the country legally and has suggested many are business owners and long-time residents of the United States who could offer economic benefits for Canada.

Immigration Minister Ahmed Hussen has stated he does not expect an increase of people crossing the border into Canada irregularly. His office notes that while those who qualify will be allowed to stay, those who do not qualify will be removed to their country of origin. Of the Haitian asylum-seekers who entered Canada in 2017, most are waiting for a decision on their applications. However, only about 8% of the completed claims for asylum status made by those applicants have been accepted so far. At the same time, Hussen has stated Canada is ready if there is a sudden increase in asylum claimants following the United States announcement.

Are You a Salvadoran National Interested in Coming to Canada?

Immigration Direct has information about asylum as well as well as guides to help you apply for the  Canadian Federal Skilled Workers Program, the Express Entry program, and other programs. Find out which immigration options work best for you and start applying today with Immigration Direct!