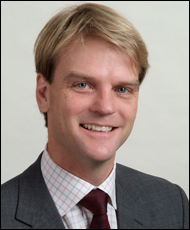 Although not initially as controversial as other aspects of Bill C-24, Canada’s new immigration law, the recently-passed immigration bill will allow the federal cabinet to “provide for the disclosure of information for the purposes of national security, the defense of Canada or the conduct of international affairs” as part of future international agreements struck by Immigration Minister Chris Alexander.

In addition, under the new law the federal cabinet is now allowed “the disclosure of information to verify the citizenship status or identity of any person” to enforce either Canadian law or—far more significantly—“the law of any other country.”

Many critics of the new immigration law—particularly civil rights activists and lawyers—are warning that the result may be the Canadian government sharing personal information of immigrants with foreign governments, with little or no domestic oversight.

High profile immigration attorney Lorne Waldman is convinced the new Canadian law provides the federal government with a legal basis for sharing personal immigrant information with foreign governments; Waldman’s voice is also important because he was the attorney representing Maher Arar, a Canadian of Syrian heritage who was jailed and tortured in Syria after the Royal Canadian Mounted Police (RCMP) incorrectly identified him as a terrorist. In the wake of that event, new Canadian laws were passed tightening the rules for Canadian intelligence agencies sharing immigrants’ information with foreign governments.

The concern over the additional powers provided by Bill C-24 to the immigration minister has been growing in recent weeks; lawsuits have already been filed by civil rights organizations. Civil rights activists are worried about the added power that the bill provides the government to revoke the Canadian citizenship of those holding dual citizenships that are convicted of serious crimes, either at home or abroad.

Still, as he has been in the past, Immigration Minister Chris Alexander remains steadfast in his defense of the new law.

In response to the recent criticism of the bill that provides the power to share immigrant information with foreign governments, Alexander’s office stated the new law is fully “in line with existing laws under Canada’s Immigration and Refugee Protection Act.”

Responding to an inquiry from the Toronto Globe and Mail, a representative from the immigration minister’s office said the government “takes the privacy of Canadians very seriously.”

However, the immigration minister’s representative also added that the new law was needed to “verify citizenship status and answer other identity questions”; should the government decide to share immigrant information with other nations, he stated it would only be “in accordance with domestic and international norms and obligations.”