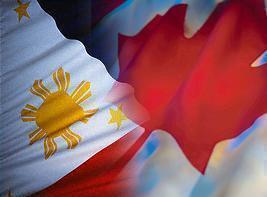 Despite the geographic distance between the two countries, Canadian ties to the Philippines remain strong, with more than 47,000 Canadian visitor visas issued to Filipinos last year.

Further strengthening the ties between the two nations is the fact that nearly 30,000 Philippine citizens gained Canadian permanent residency in 2013.

Filipino interest in both visiting, and immigrating, to Canada is thriving, as last year the Philippines ranked third among the top sources of countries for immigration to Canada. In addition, the record-setting 47,000 visitor visas issued to Filipinos last year represent a dramatic 57 percent increase since 2006.

According to Citizenship and Immigration Canada (CIC), changes and improvements to the country’s immigration system are making it simpler for Filipinos to both visit, and immigrate, to Canada. CIC believes that the Multiple Entry Visa (MEV)—allowing visitors to enter and reenter Canada for six months at a time for 10 years—is also making it more convenient for visitors from Philippines and other nations to come to Canada.

Since its introduction in 2011, the MEV has grown to become one of the more popular Canadian visitor visas, with more than 1 million MEV visas issued to visitors from around the globe.

The strong number of Filipino visitors and migrants to Canada in 2013 is also in keeping with the long history of close ties between the two nations. In fact, more than 650,000 Canadian residents can trace their family history to the Philippines—not an insignificant number in a country with only 35 million people.

No surprise, then, that a growing number of Filipinos choose to visit their friends and family in Canada every year, with no signs of a slowdown; the number of Canadian visitor visas issued to Filipinos continues to grow steadily, expanding by over six percent just since 2012.